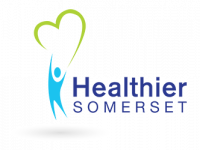 NJ health rankings: Which Central Jersey county is healthiest, which has the most excessive drinkers?

How well do you know the lifestyles of your fellow Central Jersey residents?

Do you know which county had the most drug overdose deaths? Which county has the highest rate of sexually transmitted disease?

We are all proud of our communities and we are unashamedly boastful that our hometowns are the best place to live in Central Jersey. We believe that we all live in our own Lake Webegon where, in Garrison Keillor’s famous phrase, “all the women are strong, all the men are good-looking, and all the children are above average.”

Almost every week there is fresh clickbait ranking our towns and communities, cherry-picking a number of seemingly unrelated measurements and dumping them into a number-crunching Cuisinart to produce a statistical smoothie.

Health rankings tell a lot of things about your fellow Central Jersey residents, more than just the state of their health.

MORE: Which NJ counties have the worst health outcomes?

READ: County health rankings: Where you live makes a difference in your health

READ: NJ school report cards: How does yours rank?

Last summer, for example, SmartAsset took eight factors, waved a magical wand and Excel spreadsheet over them and concluded that two Central Jersey counties were among the “happiest counties in America.” Of the 3,007 counties, Hunterdon ranked 18th and Somerset closely followed at 21, a great talking point for politicians and other civic boosters.

Those two counties are among the wealthiest in the United States, which shows that while money can’t buy happiness, at least you can put down a deposit.

But statistical fame and infamy are fleeting. Those two places did not appear on WalletHub’s 2018 rankings of the happiest places in America. The only New Jersey city that appears in the top 80 is Newark which, the study noted, has the third lowest suicide rate in America. In 2019, Newark dropped to 174, less than a point ahead of Huntington, West Virginia.

All these rankings are to be swallowed with more than a grain of salt. At best they attempt to paint a pointillist portrait of our realities, where in the end, the result is no more realistic than boardwalk Spin Art.

But there are serious studies that collect a multitude of statistics, but draw few conclusions. They are snapshots, not portraits.

Last week, the Robert Wood Johnson Foundation (RWJF) and the University of Wisconsin Population Health Institute (UWPH) released their annual report on the healthiest counties in America. The rankings reinforce the long-held public health belief  that where you live influences how well and how long you live.

“Where New Jerseyans live, learn, work and play influences their health, and we know having safe, secure housing is a critical social determinant of health,” New Jersey Health Commissioner Dr. Shereef Elnaha said in a statement.

Hunterdon, which saw its eight-year streak of being the healthiest county in New Jersey broken in 2018, remained second in health outcomes this year and first in health factors.

“We are proud Hunterdon County is among the top ranking in the State of New Jersey. We also know these rankings are a good reminder that we always have work to do,” Patrick J. Gavin, president and CEO, Hunterdon Healthcare, said in a statement. “Hunterdon Healthcare will continue to work to increase annual screenings, build programs and educate our community on ways to improve their health.”

Neighboring Somerset County was third in both health outcomes and health factors.

“The County Health Rankings highlight the importance of health and wellness in our communities,” Serena Collado, Director of Community Health, RWJUH Somerset and convener of Healthier Somerset said in a statement. “The ranking for Somerset County reflects how bringing together multiple organizations to collaborate, as seen with Healthier Somerset, can result in a greater positive impact. Through our coalition, we will continue to strive to make Somerset County one of the healthiest counties in New Jersey by encouraging active participation in good health habits, increasing access to choices that promote healthy lifestyles, and promoting policy changes that improve health.”

It’s not surprising that analyses of the numbers show that a lack of opportunity for a safe, secure, and affordable home is tied to poor health.

The study shows that 84 percent of Hunterdon residents own their homes, compared to 76 percent in Somerset, 64 percent in Middlesex and 59 percent in Union.

That’s not surprising because Hunterdon and Somerset, according to the federal Census, are among the wealthiest counties in the nation. Hunterdon’s median household income of $113,100 is 32 percent more than Middlesex’s $85,200.

Only 9 percent of Hunterdon’s children are eligible for free or reduced school lunches. That number rises to 21 percent in Somerset, 34 percent in Middlesex and 47 percent in Union.

Eleven percent of adults in New Jersey do not have health insurance. That number is exceeded in Union with 15 percent uninsured, 11 percent in Middlesex, 7 percent in Somerset and 5 percent in Hunterdon.

Perhaps the report’s most fascinating findings are the statistics about the lifestyles of Central Jersey residents. They are the trivia that can either start (or stop) a conversation at the dinner table, a party or in a bar.

Like the ancients who discovered pictures of fish and scorpions among random stars, the numbers show that inherent danger of concluding correlations from unrelated data and uncovering causation from casual correlation.

For example, though Hunterdon may be the healthiest county in Central Jersey, the county has the highest percentage of excessive drinkers (19 percent), compared to 17 percent in Middlesex, 18 percent in Somerset and 16 percent in Union.

The counties are grouped closely in the number of smokers, between 11 and 13 percent, those in “frequent mental distress,” from 9 to 11 percent, low birth weight, either 7 or 8 percent and flu vaccinations from 46 to 50 percent.

The worst sleepers in Central Jersey are in Middlesex County where 40 percent report insufficient sleep. Union is a close second at 39 percent with Somerset at 37 percent and Hunterdon at 34 percent. The state average is 38 percent.

All is not good news for Hunterdon. Though it has only 14 percent of Middlesex’s population, Hunterdon had 17 overdose deaths while Middlesex had 20. Somerset, more than twice the population of Hunterdon, had less overdose deaths, 15. Union had 16.

Union has twice the rate of sexually transmitted disease than either Hunterdon and Somerset.

Hunterdon was first in the state for quality of life. The county also leads Central Jersey in the most telling health statistic

Life expectancy in Hunterdon was 83.1 years, compared with the state’s overall average of 80.5 years. Somerset followed with 82.5 years, Middlesex at 81.8 years and Union at 81.5 years.

Starting the School Year Off Right

Staying Active in the Classroom